Golden Temple- the Holiest Place in the Sikh Religion

“Do you know the story behind this temple?”

“I like to tell people because they don’t do much to explain it here.  And it really is a lovely story.”

I nodded eagerly and the lady began, “A young girl Rajni was sitting around with her sisters admiring the gifts they had just received from their father.  The sisters praised their father’s greatness for the gifts, and Rajni corrected them, saying the gifts were really sent to them from god through their father.  Her father overheard this and grew very angry.  To punish Rajni, he married her to a leper and she had to become a beggar.”
“Nice guy,” I joked.

“Where the water is now, there was originally a small pond.”  I looked out over the expansive rectangular shaped pool as she spoke, “The local people would use that pond and there started to be reports of healings happening in the water.  Rajni often came to that pond.  Her husband heard about the miracles and so he himself went and bathed in the water there.  When he came out he was cured.  And when he went to see his wife, she did not recognize him.  But then she did, and so she went to the Guru and convinced him to give the pond his blessing.” 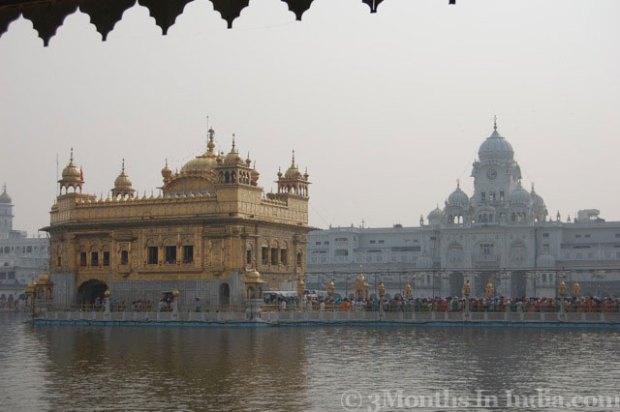 Line for the Golden Temple

I nodded, and she continued, “They dug the pond and they made it bigger and wider.  Later the sixth Guru of the Sikh religion sat under that tree…” I looked over at the tree, sitting there propped up by a metal and concrete, “and supervised the construction when they added the temple made with pure gold.”

I stared at the dozens of women kneeling by the waters edge, and brushing water onto themselves, and the men holding onto large metal chains as they climbed into the tank to bathe, and suddenly cherished this moment more than words could say.  I believe that water is healing; I believe that it is holy, and that our intentions can create miracles.  And sitting there by the water that day, it felt my whole life was just one miraculous event.

A large Sikh man came over to Kevin at this point, and politely but firmly asked him to stop filming because he hadn’t gotten official permission.  Kevin agreed and put away the camera, and we decided to walk around the temple once more.  The line to get into the Golden Temple itself would have taken hours to get through, and the thought of being jammed so tightly together for so long seemed the opposite of my meditative experience.  So, after I thanked the lady for her story and her warm welcome to India, we once again joined the flow of people walking around the water tank.

walking around the pond

As I walked slowly, I stared at the water remembering the miracles, my mind slipping back into restfulness and peace.  I believed it was the water itself that allowed this meditative experience inside a place full of so many people.  The calm of a lake, the stillness of a bath… water quiets and rests the mind, opens us up to hear the soul.  It’s no wonder so many religions and spiritual traditions consider it holy.

A young Sikh approached Kevin and I and introduced himself as ‘Lucky.’

After a discussion with Kevin about the brotherhood of all people, our joyful, lucky friend started to explain the words to the haunting calls echoing over the Temple’s loudspeakers.  Although I don’t remember the literal words he said, I hope to do justice with this recollection of what I heard and felt, 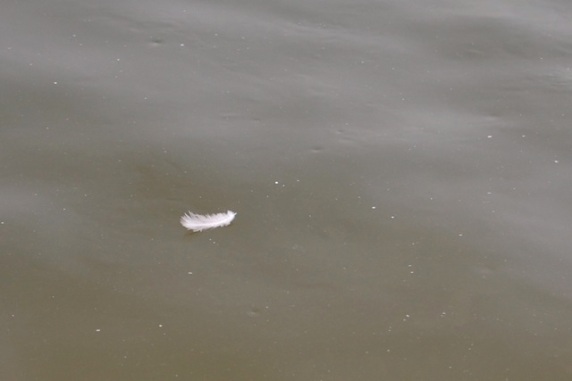 2 thoughts on “The Golden Temple- Amritsar”